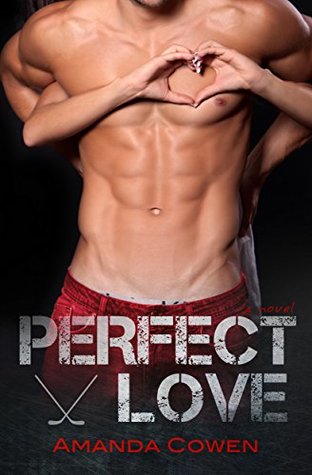 
The story that started with PERFECT SENSE continues…
Cash Brooks held a secret from Quinn that destroyed any chance they had at a happy ending.
Everything she believed their relationship to be was a lie.
Quinn left heartbroken for Harvard, unable to stop loving him even though she knew his past ruined any chance they had at a future.
Now, she’s in Boston completing her MBA and learning to move on without the only man she ever loved. Starting over isn’t easy… especially when an unlikely circumstance pulls her into Cash’s world once again. The truth will come out, hearts will be broken, and Cash will have to battle the mistakes from his past and fight for a second chance to be with the woman he loves.
Their love isn’t perfect, but will it be enough for Quinn to learn to trust him again? Or will the burden and mistakes from his past keep them apart forever?

After waiting for what seems like forever, I finally got the chance to see what would happen for Quinn and Cash after that shocking ending in PERFECT SENSE, and this follow-up didn't disappoint.

We get a more in-depth look into Cash's background and the tragedy that rocked his family, and how that led to the twist that was revealed at the end of book one. This book still finds Cash in a downward spiral now that Quinn's in Boston, but she's not doing any better, even though she's doing what she can to try and move on. They're reunited after an accident, but they've still got a metric sh!t ton of issues to work through. I will say that there were times I wanted to smack Cash because he was acting like an egotistical jackhole and that annoyed me to no end lol. But I like how they were able to move past all of the hurt and drama and reach their HEA.


Amanda Cowen can be found eating cupcakes, singing off-key, or watching a good RomCom when she isn’t trapped on her computer writing stories and delighting her imagination. She has been writing since the ripe age of twelve about ponies and princesses in brightly colored duo-tangs with metallic pens. Thankfully, she now has a Mac with a keyboard where she can write about love, sex and relationships. She is an “It’s Always Sunny in Philadelphia” fanatic, a hater of roller-coasters and a country music junkie. She lives in Thunder Bay, ON where the summers are short and the winters are long.
Her next Contemporary Romance/New Adult Fiction novel TAINTED (The Wyatt Series #1) will be available in Summer 2014.
Amanda would love to hear from her readers. Contact her via her website, www. amandacowen.com, become a fan on Facebook, follow her on Goodreads, or visit her blog.