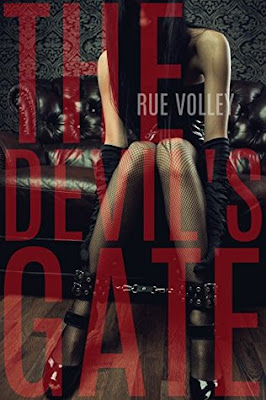 The Devil’s Gate by Rue Volley

Curiosity can be a dangerous thing. In Abigail Watson’s case, it nearly ended her life.

After a brush with death, Abigail is reminded of just how short life can be…then she meets Jack Landon, the mysterious heir to the Landon fortune and her savior from a certain death. Jack’s needs are very defined, and his ability to seduce with ease draws Abigail into his dark world. One taste of him on her lips and she is consumed with a desire, a willingness to submit and let him take the gift that she has protected for so long.

This book was...interesting. Now, how you want to interpret that obviously is up to you. There were parts of the story I liked, but there were also parts where I wanted to shake some sense into the heroine.

The overall premise isn't anything new, but the added element of crazy certainly upped the game. I won't give away too much about who is harboring the crazy, but trust me, it definitely enhanced the story, and explained so much of the exhibited behavior. There were a few times when an instance was explained that had me rolling my eyes, but since this is a fictional story, I just went with it.

With all the crazy in this book, it was still entertaining enough for me that I'm looking forward to the next part of the trilogy. 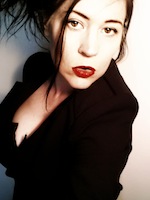 Rue Volley resides on Earth with her husband, Von Erik, and their two pug sons, Momo and Oshi. She is an award-winning author, graphic artist, and screenwriter. She is also the Creative/Marketing Director for Crushing Hearts and Black Butterfly Publishing, and co-owner of Lovebites Production Company, which specializes in Dark Fantasy Films.

Rue released her first film, Hellhound, in November of 2014 and her second film, Awakening, in July 2015.
Keep up with Rue on IMDb smarturl.it/RueVolleyIMDb