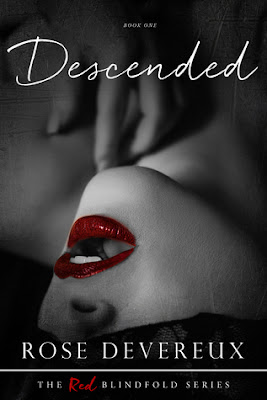 Synopsis:
“When he said he wasn’t like other men, I should have believed him…”

It’s Sophie Quinn’s chance to make a name for herself. Her assignment: interview investor Marc Brayden, descendant of the most notorious sadist in history, the Marquis de Sade. Her mistake: falling hopelessly, obsessively in love.

Marc is mind-blowingly sexy, but determined to stay away from Sophie. She brings out powerful dominant urges that are dangerous to them both. But when he loses control, the pleasure is more than either of them can resist.

Sophie shut down her heart after too much betrayal and loss. Now she’s thousands of miles from home and under Marc’s spell. What is he hiding? Why do his desires torment him? Torn between love and the truth, she resolves to learn everything she can about Marc’s cryptic past, even if she risks losing him forever.

I wasn't quite sure what to expect when I started this book, but I will say once I got started, I didn't stop until I reached the end. The chemistry between Sophie and Marc positively crackles whenever they're around each other, and while Sophie is obviously drawn to him and his dominant personality, she might not be the submissive he believes she can be.

I enjoyed Sophie's character, she's still learning to find her way in life, with both of her parents deceased and her long-term relationship that crashed and burned. She might not be where she wants to be at that exact point in her life, but at least she is getting the chance to do something she obviously enjoys. And what better way to prove you have what it takes to make it in the journalism world than by interviewing the descendents of Marquis de Sade?

While Marc's sister Eleanor doesn't put much stock into her ancestor, Marc isn't sure if his ancestor's proclivities were passed down through the generations or if that's just Marc's own personal choices; he's managed to tamp down that side of his desires for almost a decade, until one Sophie Quinn shows up in France.

Theirs is a whirlwind relationship, but at the end of this book there's no telling how things will work for them, but I will say that I've already purchased the next book in the series because I just have to know what's going to happen after the way this book ended (and it does indeed end on a cliffhanger).

She loves animals, sleeping late, champagne, and alpha males.
She lives in sin with her boyfriend and two cats in Boston and New Hampshire.