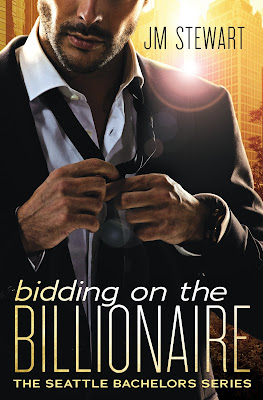 
Those are just a few advantages of Internet “dating.” Even better, as far as Hannah Miller is concerned, is the fact that she can shed all inhibitions without worrying about what he thinks of her figure or her face. “He” is bikerboy357, the man who knows what Hannah likes, and wants her—every night—as much as she wants him. When he asks to meet, Hannah hesitates. But the temptation is too strong. And after one look into his sultry green eyes, there’s no turning back.

Cade MacKenzie’s never met a woman who’s wasn’t blinded by his billion-dollar net worth, but “H” knows neither his face nor his name. Her words are so smart, sweet, and scorchingly sexy that Cade’s willing to gamble she’ll be just as amazing in person. And she is. But even as every delicious encounter makes Cade want Hannah more, what he wants most is her trust.

It’s something all his money can’t buy. And now, Cade will do anything to earn it.

After reading the synopsis for this story, I thought this was going to be a light-hearted and fun romantic story.

It's so much better.

Both Cade and Hannah have their reasons why they've decided to remove themselves from the dating population. Cade is still reeling from the devastation of being betrayed in the worst possible way by his ex-fiance (that skank!), and Hannah's reason stems from the lack of self-esteem she has over her physical appearance with the scars she received as a teenager.

I thoroughly enjoyed both Cade and Hannah; one thing that impressed me was that Cade recognized exactly what it was that women wanted from him and that's not what he wanted in a relationship. There aren't enough ways I can say that Cade wasn't about playing games when it comes to matters of the heart; there was none of the stupid "I want you but I'm going to pretend I don't and date eleventy-two other women in your face" games.

It was also easy to understand Hannah's reluctance to finally meet Cade in person, after being the victim of bullying for a good portion of her life. Even after their meeting, Hannah always played it cautious waiting for the shoe to drop and for Cade to be disgusted with her looks. Thankfully he saw her and that was the deciding factor for him. He accepted her scars as being a part of her, not something to be disgusted by because they didn't define her as a person.

But he damn sure had his work cut out for him trying to get her to understand that tidbit about his feelings.

The secondary characters in this story were a lot of fun as well, and thankfully this story didn't get bogged down in trivial details that weren't important to the main plot. Big points that there are only 3 secondary characters, Cade's twin sister Christina, his former best friend Sebastian and Hannah's best friend Maddie. There's something between Christina and Sebastian, and we got just enough to bait the interest in the next book in the series, and I can't wait to read it. I would recommend this book if you're looking for a story about two souls who have real-world issues, and what they do to come to grips with said issues while falling in love along the way. 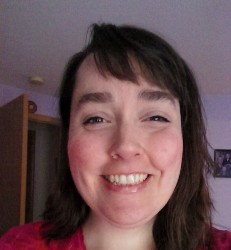 J.M Stewart is a coffee and chocolate addict who lives in the Pacific Northwest with her husband, two sons and two very spoiled dogs.  She’s a hopeless romantic who believes everybody should have their happily ever after and has been devouring romance novels for as long as she can remember.  Writing that has become her obsession.