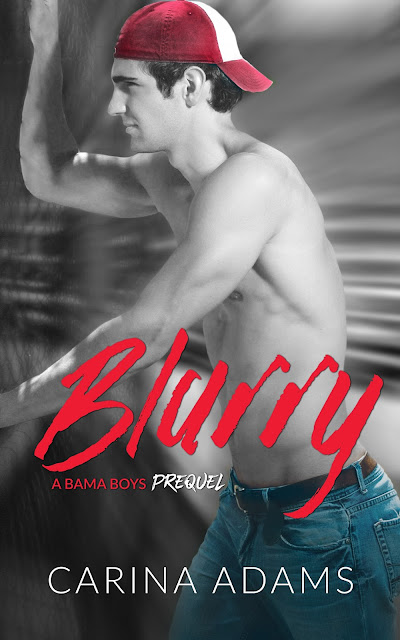 Cecelia Merrill was used to being on her own. Lost and lonely, Lia couldn’t wait to graduate and watch her judgmental little town fade behind her. All she had to do was survive three more years of high school, and she was free. She wouldn’t let anything hold her back.

Craig Knightly had almost achieved what no one in his family had before – all he had to do was complete his student-teaching assignment, and in less than a year, he would have a college degree. He was ready to put down roots and start his life. Nothing was going to stand in the way of his dreams.
Sometimes all it takes is a moment for everything to change.

A student and her teacher. A coach and his athlete. An unexpected friendship. Forbidden feelings between an unlikely pair.

Neither is playing a game they can win. 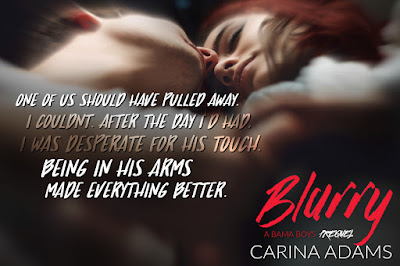 “Ground rules. You feel up to making them now?” She nodded. I rubbed my palms on my sweats. “You start.”

I didn’t even hesitate when it was my turn. “Two: We acknowledge that we’re attracted to each other and then never talk about it again.”

The smirk I loved made an appearance. “That’s your ground rule?” The admonishment in her voice was almost laughable. “Whatever.” She rolled her eyes. “Fine. I think you’re hot. Until you talk. Then you just bug me.” I laughed, but she continued, “Three: Our significant others come first. We don’t blow them off to spend time with each other.”

“You have a boyfriend I don’t know about?” The words came out before I could stop them, and I could tell by the irritated look on her face that I hadn’t hidden the jealous tone. “Have someone in mind?” I asked, my voice a little more even.

“Not yet,” she snapped. “But, when I do, I won’t be blowing off weekend plans with him to stay home and take care of you. You need to put Whitney first. I’ll understand. When it’s my turn, you’ll understand.”

“Speaking of, we don’t talk about them. Whitney and your mystery guy.”

“Ever? How is that a good rule?” she demanded, scowling. “No. Four: We can talk about whoever we’re dating, but we can’t complain.”

“You can’t change my rule.”

“I didn’t change it. I simply used my turn to overrule yours.”

“You are such a pain.” She sighed dramatically. “Go ahead, make two.”

“Sex,” she interrupted. “We never talk about sex. I can’t think of anything else.”

She lifted a shoulder in a half-shrug. “That’s all you, buddy. I’m not the one who has a girlfriend.”

“Not a problem. Girls are pretty and all, but they’re not my thing,” Lia sassed, completely undaunted as if this was the rule she wasn’t taking seriously. “That’s one. What’s your next rule?”
Needing to make sure she understood this, above all else, was the one we needed to follow, I clasped my hands and leaned forward. I didn’t need to say anything, just gave her a pointed look. She knew me well enough to understand I was getting agitated.

“Isn’t this against your rules? We’re talking about it right now.”

“Lia,” I growled in warning. I knew her just as well as she knew me. “Not talking about it means you don’t ask questions. You don’t ask my opinion. You don’t tell me one tiny detail simply because you insist it’s something I have to know.”

“Good God! This entire conversation is embarrassing. I’m not going to have sex, but if I do, I swear to all that is holy that I will not mention it to you!” The blush crept up her cheeks as she threw her hands in the air annoyed. She was too fucking cute. 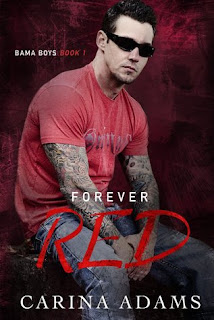 Carina Adams has been writing and creating characters for as long as she can remember, allowing her to fall in love with the next man of her dreams with every new story.

Thankfully, fate stepped in and granted her the ultimate wish - a life full of men. Carina lives in a picturesque New England town with her husband, the man who ruined the thought of all others, and two amazing sons who always keep her on her toes.

Carina received her MBA in May, but would much rather play with her imaginary friends (the voices in her head) than work her 8 to 5. When she isn’t trying to juggle being a working mom with karate and football practices, surprising her children with her sci-fi movie knowledge, or writing, you can find her with her nose pressed against her kindle, laughing with friends, or living life vicariously as her Derby Girl persona, Writers Block.

Carina is the author the of Bastards MC series and best selling Forever Red. She is currently writing Out of The Blue, the follow up to Forever Red. She loves to hear feedback from her readers, no matter what type. You can email her at: carinaadamswrites@gmail.com