The RAY series by E.L. Todd is now LIVE!
You can get all 3 books in the series today. 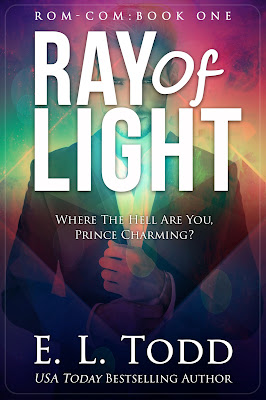 My brother is an idiot. He won the lottery and invested all of his money in a run-down bowling alley. Since he’s barely making it, he moved in with me.
Great.
Having him around the house isn’t the worst thing in the world, but he does make a mess like nobody’s business. My friends Zeke, Jessie, and Kayden keep me sane but there’s only so much they can do.
And it’s definitely not the worst thing in the world when his old friend, Ryker, moves to town.
The second I lay eyes on him, I’m hot under the collar. He makes my body burn in longing and freeze in desperation at the exact same time. When he talks, I don’t listen to anything he says because I’m staring at that hard jaw and those kissable lips like I already own them.
But he’s a bed hopper. A playboy. A heartbreaker.
I’m all down for some hot, sweaty, yummy sex even if it doesn’t have a fairy tale ending. I’ve been down that road before. I know the drill. But with Ryker, it’s different.
Because I know I’ll fall in love with him.
For now, I’ll steer clear of him and keep my hands to myself. It can’t be that hard, right?
Or can it?

Loved this book! It's presented in multiple POV format, but done in a way that's not confusing and actually enhances the story. Rex and Rae have a great sibling relationship (if you count how messy he lives), but there's also a pseudo-parent relationship between them since he stepped into a parental role when their mom passed away.
On the surface, the basic premise sounds like a predictable story: a young woman who wants love but is afraid to find and embrace it, and the guy who who is the king of one night stands. But what makes this good is that Rae and Ryker already know each other, even though it's been years since they've seen each other. They've should have been nothing more than a hook-up for each other, but it slowly becomes more, and that's when it becomes real for them and that morphs into something neither one of them were expecting.
But we get so much more than just Ryker's and Rae's story, we get the whole group of friends who all get along with each other. Their stories also weave together in this book, but they somehow manage to not overshadow anyone else. I love the banter between the characters, and the chemistry is fantastic. We haven't learned everything about Ryker, and I can't wait for those hidden layers to be exposed. 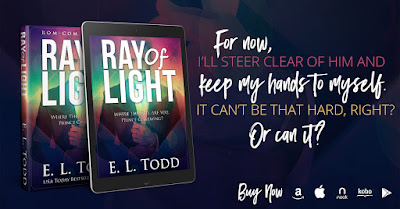 Bestselling author, E. L. Todd, was raised in sunny California where she still lives today, claiming it’s the best place in the country. Easily hypothermic and hateful of the cold, she prefers to be warm all year round. She attended California State University, Stanislaus and received her bachelor’s degree in biological sciences, but still pursued her dream to be a writer. She’s written several novels and many series’, and her imagination can’t seem to stop. She tries to find the good in people and she exploits that in her writing, proving that people can make mistakes and rise above their past. Her hobbies include sunbathing, swimming, eating at Surf Taco in San Diego, reading, and learning everything she can about hippopotamuses’, her favorite creature. Her greatest dream is to make people forget about the harshness of reality and dive into a good story with lovable people. When fans tell her they love her work, it gives her the greatest sense of accomplishment.