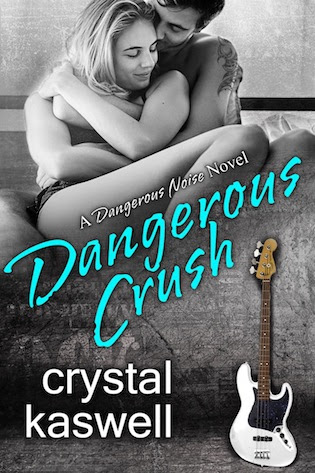 
With my money, my looks, and my rock star fame, I can have any woman I want… any woman except her.
Kit
Piper.
My band mate’s baby sister.
The one woman I can’t have.
The one woman who won’t get out of my head.
Those big blue eyes, those sweet pink lips, the cheeks that flush at the slightest provocation…
I want her under me, groaning my name, shaking with desire.
I want her more than I’ve ever wanted anything
She’s too good for me. Too sweet. Too innocent.
She’s never even seen a naked man before.
I shouldn’t be the one to take Piper’s virginity.
But there’s no way in hell I’m letting another guy fill her with pleasure.
Piper
Kit.
The bassist in my brother’s band.
The guy I’ve been crushing on forever.
The tall, dark, handsome musician who keeps everything to himself.
He looks at me like I’m an innocent flower.
We’re only friends. We’re only ever going to be friends.
I need to stop thinking about running my fingers over the lines of his tattoos.
I need to stop wondering what his tongue piercing would feel like against my–
I need to get over him.
But the more I get to know him, the more I want to get under him.

Goodreads / Amazon
—
EXCERPT:
“I was just kidding about you kissing me.” She sets her empty mug on the coffee table and presses her palms to her thighs. “I wouldn’t even want to kiss you if you’d been kissing that trashy groupie. Not that I’m judging but—”
“You’re judging.”
“Maybe.”
“I didn’t kiss her.”
“Oh, so you just told her to get on her knees and that was that?”
“Pretty much.”
“Oh.” Her cheeks and chest turn red. “Well, it’s just… if you want. It is a tradition, to kiss someone at the stroke of midnight. It’s good luck.” Her eyes go to the TV. “We only have a minute left.”
I’m tempted to spend the entire minute seeing how nervous I can get her.
But I’m not that evil. “It’s good luck.”
She nods.
“It’s just a peck between friends.”
“Yeah. Right. We’re friends.” She forces a smile. “You swear you didn’t kiss her?”
I chuckle. “You don’t want some groupie’s sloppy seconds?”
She nods.
“I swear on my left hand.”
“Which do you need more for the bass?”
“They’re both integral.”
“Okay. I guess that works then.” She looks from the TV—down to fifteen seconds—to me.
I grab the remote to turn the volume up. I can’t remember the last time I actually counted down to the New Year. Want to do it right.
The TV booms. “Ten, nine, eight.”
Her cheeks flush as she scoots closer. “You don’t have to.”
“You telling me you don’t want to?”
“Seven, six, five.” The crowd at Times Square goes crazy.
Piper shakes her head. “I want to.” She moves closer.
“Four, three.”
I move closer.
“Two, one.”
I move close enough to kiss her. My eyes close, my lips connect with hers. She tastes like cinnamon, salt, and sriracha.
She’s soft.
She’s eager and hesitant at once.
I want to keep kissing her. Want my tongue dancing with hers, want her body under mine, want her groaning as I make her come.
My hand plants on her knee. It’s desperate to slide between her legs and stroke her to orgasm.
That is out of the question.
I pull back and shift to my side of the couch. Something about the kiss lingers. Not just the taste of her, but this feeling in my chest. I can’t remember the last time I kissed someone sober.
It’s different.
Good different.
She’s bright red.
Fuck, she really is cute enough to eat. 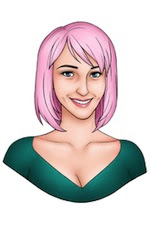 Author Bio:
Crystal Kaswell writes scorching hot new adult romance. When she isn't writing, she is chain drinking tea, binge watching Law and Order, practicing yoga, or debating which fictional character would be the best in bed. She lives in Portland, OR with her husband.
Sign up for her mailing list to get exclusive bonuses like deleted and alternate POV scenes http://www.crystalkaswell.com/subscribe/

Posted by My Book Filled Life at 8:57 AM