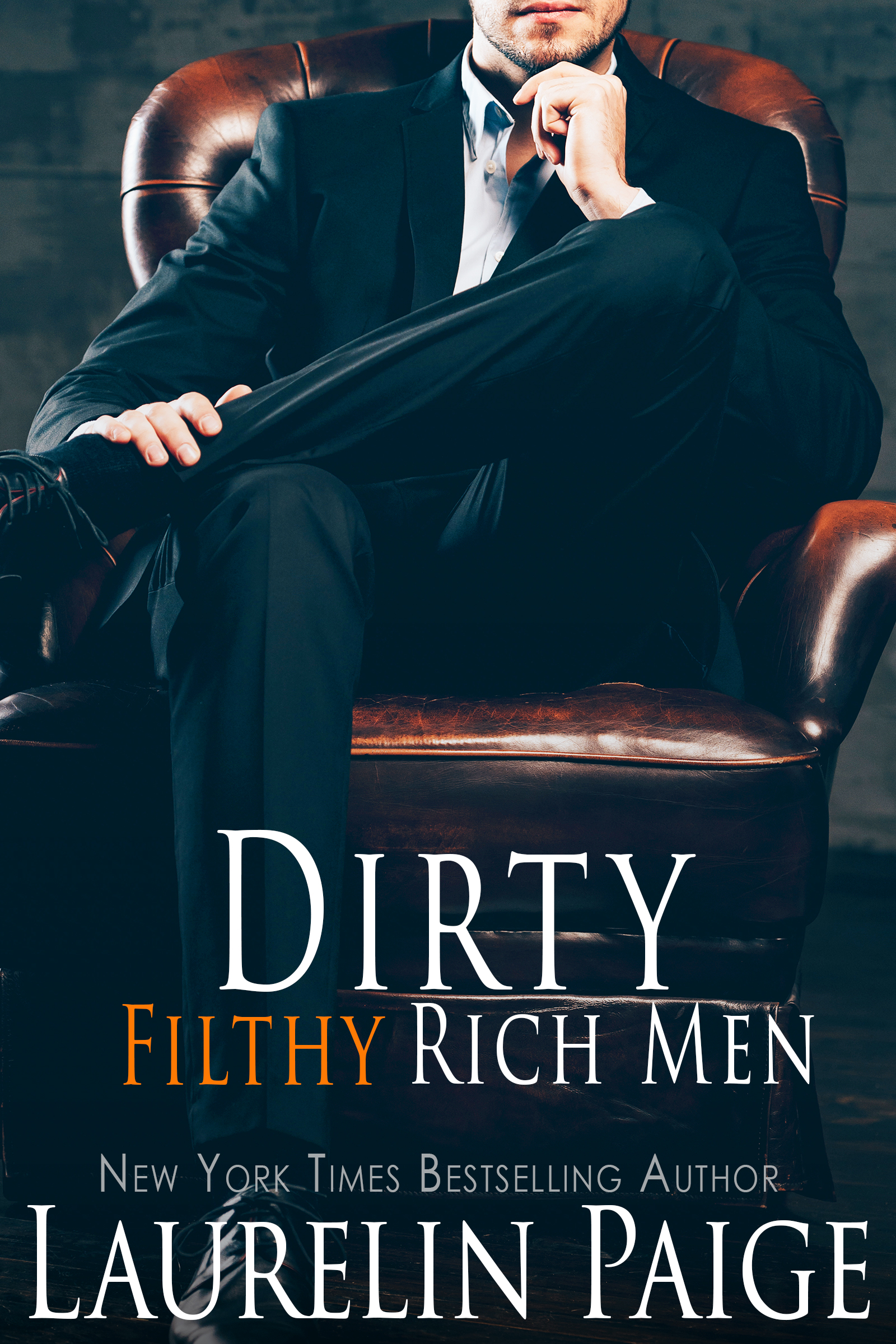 When I met Donovan Kincaid, I knew he was rich. I didn’t know he was filthy. Truth be told, I was only trying to get his best friend to notice me.

I knew poor scholarship girls like me didn't stand a chance against guys like Weston King and Donovan Kincaid, but I was in love with his world, their world, of parties and sex and power. I knew what I wanted—I knew who I wanted—until one night, their world tried to bite me back and Donovan saved me. He saved me, and then Weston finally noticed me, and I finally learned what it was to be in their world.

And then what it was like to lose it.

Ten years later, I’ve found my way back. Back to their world. Back to him.

This time, I’m ready. I've been down this road before, and I know all the dirty, filthy ways Donovan will try and wreck me.

But it’s hard to resist. Especially when I know how much I’ll like it.

I've been waiting to get my hands on this story ever since I devoured Dirty Filthy Rich Boys back in February, but I wasn't prepared for the emotions I'd have while reading this book. Those feelings were mostly anger and irritation towards Sabrina lol. She obviously had enough book smarts to get into Harvard, but she's still plenty naive when it comes to dealing with the opposite sex in a romantic aspect. Donovan has amazingly gotten even hotter over the decade since they were at Harvard, and although Weston is still a part of the story, he's not the major player, although there a bombshell that's dropped in regards to Weston, and how that will affect Sabrina, both at the present and in the future.

I gotta say, I was getting pretty fed up with Sabrina throughout this story; she couldn't stand the push and pull with Donovan, yet she fell into it every time they were in the same orbit. If he wasn't around, she wondered if he was avoiding her; if he happened to be at an event where she was, then she's wondering if he came just for her. Not to say that Donovan is the innocent party in this, because goodness knows he seems to be the king and supreme ruler of the mindfuckery he puts Sabrina through. There were several times I wanted to reach into my e-reader and shake the assholeness out of him. But that's also an integral part of Donovan's nature, but when we finally learn more about what happened a decade earlier, some of his behavior begins to make sense.

This book does indeed end on a cliffhanger, and I'm already bummed by how long we have to wait to get any sort of resolution for Sabrina and Donovan, but I know this is a series that I will be rereading at some point.

After she was gone, I walked over to the windows and drank in the scene. The Town Center was high enough that it had an unblocked view of downtown Manhattan, Brooklyn, and beyond.

Giddiness surged through me, starting like a pinprick at my center and moving out through my veins in all directions until even my fingers and toes felt warm.

I was really here.

It wasn’t the way I thought it would be, but in the end, it still came out of my time at Harvard. I’d always known that connections made the difference in a career, and here I was. Finally. At the top of the world, looking out.

“It’s incredible, isn’t it?” a male voice came from behind me.

Still smiling, I glanced up and caught his reflection in the window.

The world that had buzzed below, the beautiful scene, the excitement that had unfurled through my body—all of it evaporated and all that existed in its place was a pale, hollow shell of myself and the man in the perfectly tailored suit behind me.

I turned to look at him directly. Our gazes smashed together, and my legs nearly fell out from under me.

“Donovan,” I rasped. It was a miracle that I managed to find enough voice to say that much.

And there was so much more that had to be said. So much more that I hadn’t prepared for. Which was ridiculous since I’d talked to him so many times in my head over the years, practiced so many conversations, but never did he show up out of the blue looking so dastardly handsome in a dark gray three-piece suit, his face rugged with scruff, his eyes hazel and earnest despite the playful smirk on his lips.

I opened my mouth to say something, but nothing came out. I wasn’t even sure how to breathe anymore.

He broke our gaze to nod out the window at the skyline, walking toward me as he said, “I’m sure you found the Empire.”

Though his focus was now on the scenery, I didn’t take my eyes off him as he approached. He didn’t stop until he was right beside me. So close our shoulders would touch if I coughed. Tension ran off him like foam spilling over from a mug of beer. Good tension. Bad tension. I wasn’t sure if there was a difference when it came to Donovan.

Which was why I was screwed if he was here.

Why the hell was he here?

“I thought you were in Tokyo.” I couldn’t stop staring at him. He’d gotten more refined with age, and rougher at the same time. His hair was short and his curls gone, giving him a polished look he lacked before. The lines by his eyes were more defined and his expression seemed harder than I’d remembered. It made him sexier.

As if he was a man who needed to be sexier than the one I knew.

“I came back two months ago,” he said offhandedly. “That’s it right there.” He leaned his face in close to mine as he pointed to the famous structure. “Do you see it?”

Fuck if I cared about the Empire. I was in Donovan Kincaid’s orbit. What else was there in the world?

USA Today and New York Times Bestselling Author Laurelin Paige is a sucker for a good romance and gets giddy anytime there’s kissing, much to the embarrassment of her three daughters. Her husband doesn’t seem to complain, however. When she isn’t reading or writing sexy stories, she’s probably singing, watching Game of Thrones or The Walking Dead, or dreaming of Michael Fassbender. She's also a proud member of Mensa International though she doesn't do anything with the organization except use it as material for her bio. She is represented by Rebecca Friedman.