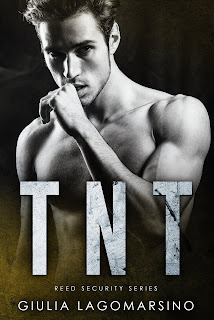 After walking into his girlfriend's house and finding her murdered, Tony is struggling to get back to normal. Everyone's looking at him like he's damaged, but they don't know the truth. And when they find out, they won't ever look at him the same again. But a one night stand changes everything. Suddenly, everyone at Reed Security is trying to set Tony up with this crazy woman that can't cook, shows up at his work, and calls him at all hours of the night. He doesn't want to hurt her, but how long is a man supposed to go along with a crazy person that thinks there's a relationship where there isn't one?

After meeting Tony one night, Molly knows without a doubt that he's the man for her. He's everything she's been waiting for, and she's not going to let this opportunity slip through her fingers. She knows that he's slightly damaged and dealing with a lot, but with a little encouragement from Tony's teammates, she refuses to let him push her away. She has a whole arsenal of tips and tricks to keep a man's attention, and with her momma's advice and her best friend's help, there's no way she'll fail. Now she just has to make Tony see that what they have is forever.

I don't know how she does it, but Giulia Lagomarsino is an absolute phenomenon when it comes to storytelling, because this is another fantastic book for the Reed Security series! You can feel the friendship the guys have for each other, even with most of them being married, they're still able to give the single guys grief, and the ones who are single reciprocate by teasing that the married ones gave up their man cards to binge TV shows and have in depth conversations about said shows while in the office.

And now for my actual review: I loved this book! I could understand Tony's hesitance when it comes to anything resembling a relationship with Molly; since people think he's still mourning Delaney, which isn't exactly true, but it does make for a great cover for the guilt Tony's feeling.

Now, as for Molly, bless her heart! She's sweet, adorbs, naive and oblivious all rolled into one can't cook to save her soul package and thinks that one with Tony means she's his BAE; 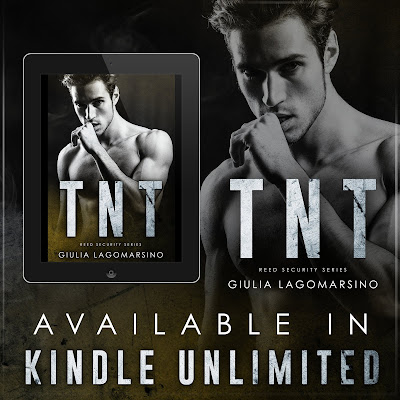 “Uh…you know, this isn’t working,” I said briskly.
She tilted her head, all cute like and looked at me in confusion. “What do you mean?”
“Us…whatever this is. It’s not going to work. You’re nice and all, but it’s just not working.”
I waited for the tears and the drop of her face. I braced myself for the yelling and name-calling. But no matter how much I steeled myself for her reaction, I just wasn’t ready for what she actually said.
“Hmmm. Well, I appreciate your input, but I think it’s going good. Pop tarts?”
“What?”
“I’m sticking some in the toaster. Want some?”
I blinked several times, shook my head, and even slapped my own face, but nothing changed. She was still standing in front of me, asking me if I wanted fucking pop tarts after I just broke up with her. She actually refused to break up with me. Could that really happen? Did I not get a say in this? And if so, was I destined to just be with her the rest of my life? I’d never been in this position before. I’d never had a woman refuse to let me break up with her. What was the protocol for this? Did I just go along with it? Maybe I should just not return her calls. Of course, that hadn’t really worked so far. She always showed up, with food.
“Honey?” She quirked her head to the side and smiled sweetly at me. “Pop tarts?”
Shaking my head, I tried again. “I’m serious, Molly. I’m breaking up with you. I don’t want to be with you anymore. It’s been fun, but let’s just end this now.”
“I hear you. I really do, and while I think you make some not very valid points, I’m going to pretend like what you said makes total sense. But we’re not breaking up. You’re just freaking out and you want to end this before it gets too real. I get it, but we’re still not breaking up.”
And with that, she turned around and left the room. I stared at the floor, trying to figure out what to do next. How the fuck had this happened? Was I being too sweet? I mean, I was never too sweet. I was never that guy that women felt they could walk all over. Yet, here I was, standing alone in my pretend girlfriend’s bedroom as she walked out after telling me we were not breaking up.
This was not happening. She couldn’t make me stay with her. She couldn’t force me to date her. I wasn’t some chump. I was Tony-fucking-Tacos. I groaned and rolled my eyes at myself. I was not Tony Tacos. I was something much cooler. I wasn’t even Mexican, and if I was honest with myself, I didn’t even like tacos all that much. Not that I would tell Molly that. She had been really sweet yesterday, bringing me food at work because she thought tacos were my favorite.
I cursed myself for thinking of her as sweet when I was trying to break up with her. Damnit, I would not be forced to date a woman that I really liked. Fuck, I was screwed. I marched into the kitchen and slapped my hand down on the countertop.
“Listen, Molly, this is over between us. I’m not going to let you tell me that we’re not breaking up, because we are so breaking up. I’m walking out that door and you will not follow me. You will not bring me food at work, and you will not call me later tonight to ask where I am. Do you know why?”
She smiled at me. “Because you think we’re breaking up.”
“Yes. No!” I shouted. “I don’t think we’re breaking up. We are in actuality breaking up. It’s for sure. Not a possibility or a probability. We are one hundred percent broken up, as of right now,” I said, punctuating the statement by punching the counter with my pointer finger.
She nodded, her eyes wide with a very serious expression on her face. “I hear you. I want you to know that I really do hear you, but it’s just not possible for us to break up. We have that dinner with Momma and Daddy tomorrow, and they already planned dinner. Momma did all her shopping and got everything we could possibly need for your favorite dinner.”
“What dinner?” I asked hesitantly.
“Tacos,” she grinned.
“Fucking hell,” I said, throwing my hands up in the air. “I’m not even fucking Mexican!” 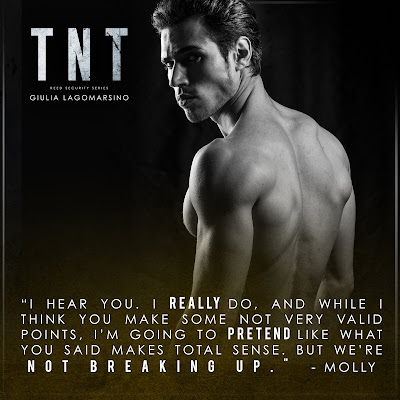