"Seductive, addictive, and unforgettably soulful, Goddess Isles is everything you love about dark romance and dangerous alphas." - Pam Godwin 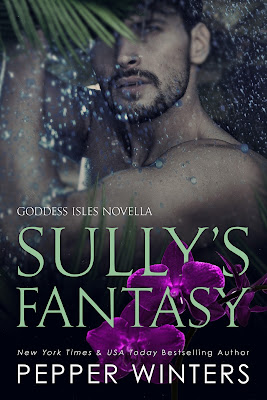 This book will feature Sully's utmost desires. It will be a perfect bite of heart-fluttery spice. The best thing? It will be held at Hawksridge Hall when Sully travels to introduce Eleanor to Jethro and Nila (Indebted Series), and also meets Elder and Pim (Dollar Series). It will have long length cameos of Jethro and Nila, along with old locations from the New York Times Bestselling series Indebted.

After releasing two books with Grand Central, Hachette (Ruin & Rule and Sin & Suffer) Pepper is a Hybrid Author of both Traditional and Self-published work.

Posted by My Book Filled Life at 9:56 AM