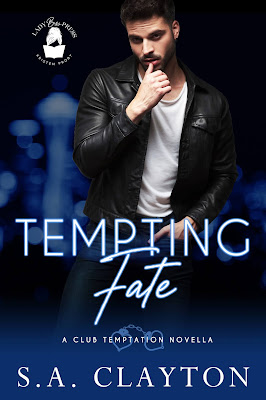 Everything with Jade began at Club Temptation, so it makes sense fate would bring us back together here. She looks so incredibly beautiful it takes my breath. So insanely sexy. And from the look in her eyes…she still hates me.

I thought leaving Jade behind six years ago was my only option. I didn’t want to admit how much she meant to me, and I definitely didn’t want to face her brother, my best friend—the man who would have killed me if he found out I was sleeping with his little sister.

But leaving was the worst mistake I ever made.

Yet I’ve returned, and behind all the hatred she claims to have for me, I can see the same desire she had all those years ago. And I plan to use that to my advantage.

She has no idea what I have in store—the ways I plan to tempt her.

Oh, this is going to be fun.

NOTE: Tempting Fate is a Lady Boss Press book and is connected to Kristen Proby's
With Me in Seattle Universe

I thought this was a good older brother's best friend, second chance at love story; it's a quick read, I finished in about an hour. Even though it's a novella, the story works because there's already history between Jade and Gage, which is covered in the prologue, and the story picks up 6 years later when they come face to face with each other. The chemistry between Gage and Jade is just hot now as it was the first time they were together, although Gage has to really show Jade that he's serious about her this time around.

Nikki Books - “Love that's waited this long in the wings can only be explosive!”

The Book Fairy Reviews - “A quick read filled with heat.” 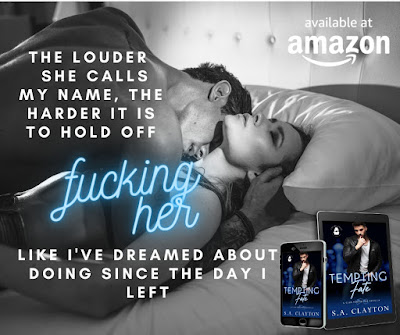 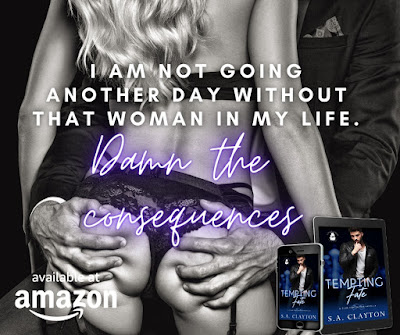 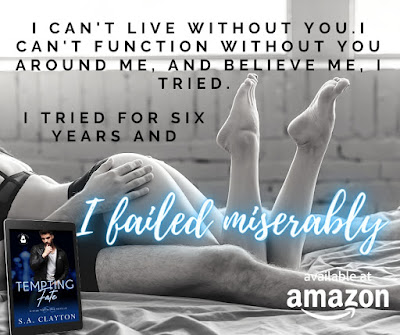 S.A. Clayton lives in a small town outside of Toronto, Canada with her husband of five years and her scary large collection of books that seem to take over every room.

She has worked on both sides of the publishing industry, both in a bookstore and for actual publishing companies. Although she loved both for different reasons, she found that writing was her true passion and has spent the last few years breaking into the industry as best she can.

She is a lover of all things romance and began her writing journey in her late twenties. Since then, she has immersed herself in the romance genre and couldn't be happier.

When she's not writing or reading, she enjoys binging a great Netflix show (Stranger Things anyone?), baking (because who doesn't love cookies!), and spending time with her family.