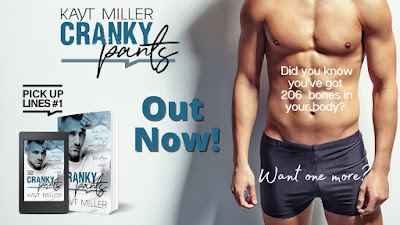 “Kayt Miller is a genius at creating characters and stories that the reader falls into!”
~ 5 Star Amazon Review 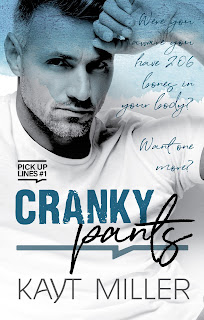 Maggy Fitzgerald is happy. She works at her best friend’s flower shop with the full knowledge that this is probably as good as its going to get. That is until that same friend talks her into going out to a biker bar so they can "live on the wild side" for a night.

Nate Black is cranky. He has a right to be. At least that’s what he thinks. Spending an evening now and then, drinking a beer with the guys EasyRiders, is one of the only things that he enjoys, sort of.

Then, he meets her.

A sexy, curvy woman who makes him smile. Laugh.

Good thing he’s an a**hole because getting rid of her the next morning is easy.

When I tell you I read this book in about 3 hours, it probably took me a bit less because it was super easy to get caught up in the story by the second chapter, especially given Nate's behavior the morning after. I didn't want to think he could be that much of a jerk, and the more I read, the more I realized I was both wrong and right. It's obvious there's plenty of chemistry between Maggy and Nate, but he doesn't want to own the truth about that. I loved that while Maggy would love for Nate to be involved, she makes the decisions that are best for her moving forward. I kind of figured what Nate's issue was, but I didn't realize it was that traumatic; so I can understand his fear, but treating people the way he did really wasn't cool. Although he wanted to project that persona of being an all-around badass, his actions regarding Maggy showed a depth he wanted to keep hidden. I loved the way the story turned out for Maggy and Nate, once Nate finally learned the art of letting go and letting Maggy into his life. I'm looking forward to the next book in the series, hopefully it'll be Maggy's BFF Robin and her man! 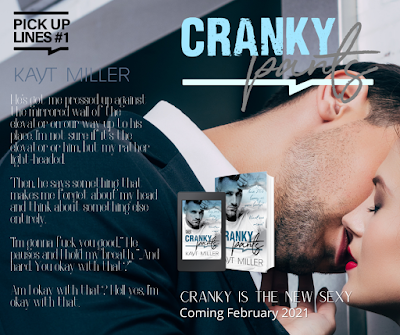 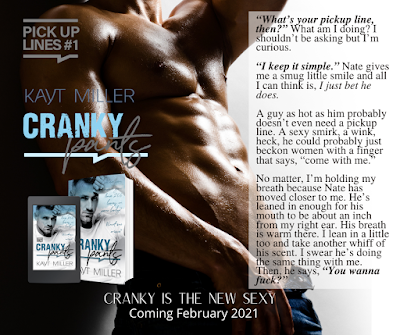 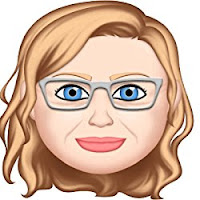 I grew up in the midwest with a loving family including three brothers, one sister, and my parents who always fostered my creative side. I earned my bachelor's degree at Iowa State University, then I was off to the Savannah College of Art and Design for graduate school. After that, I returned to Iowa for work which led me, once again, to ISU for my master's degree in education.

I love to read and one day I was searching for a book. A book about a certain type of woman and a specific kind of man and I couldn't find it so, I wrote it. I called it Game Changer and it couldn't have been a more appropriate title. It changed my life in many ways. While my real job is teaching young people, my fun job is conjuring up characters and situations to write about.

My goal, as a writer, is to write stories that relate to all of us, to make readers laugh and maybe cry sometimes. I hope my readers can escape into a fantasy, one that's actually possible. Sure, some of the stories could be dubbed "Insta-love" stories but that's okay. I fell in love with my husband pretty damn fast and with my daughter the second I saw her. So, it's a thing, I swear.