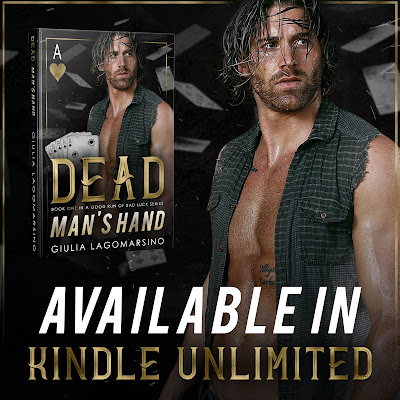 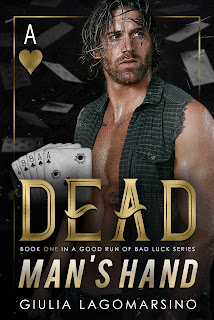 A Good Run Of Bad Luck is a spinoff series of The Cortell Brothers and should be read in order.

I used to have it all, but then I was betrayed by my own uncle.
I should be dead, but my sister pulled me out of the wreckage of my life and gave me another chance.
No one can know who I really am.So, I ran away, hiding out to live the rest of my miserable life in peace. But nightmares of my past transgressions make sure that never happens.
Until her.
When her car spun off the road, I should have left her to die. She wasn't my concern, but when I saw her desperate eyes pleading with me to save her, I couldn't turn my back.
With every day that passed, I found myself needing to be closer to her, to help her remember who she was.
But like everything else in my life, finding those answers could be dangerous.

She wasn't just a random stranger.

But now she's mine, and I won't let her walk away.

I've read every book GL has written and there has not been one I didn't love, and with this first book in the spinoff/new series, this has now joined the ranks. Right from the first chapter I was hooked, especially how realistic Antonio's dream was; I don't think I'd have the wherewithal to do what he did, but he thought that was the right choice. How do you reconcile that once the truth comes out? Love the chemistry between him and Ciara; they've both got secrets, big ones that as it always happens has the potential to destroy whatever tentative relationship our main characters find themselves wrapped up in. Despite the dramatic and mysterious start of the book, we're also blessed with the comedic humor GL writes into her stories, and that helps break up the constant on edge feeling I had while reading waiting to see how thing would play out for these two. 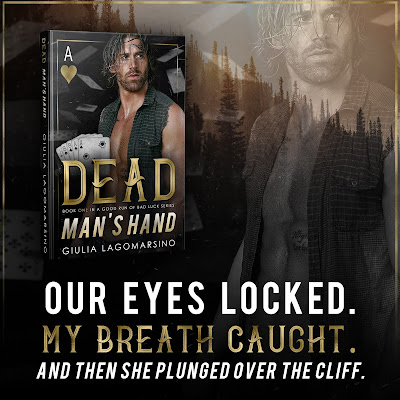 My eyes flashed up to a man running down the mountain, slipping along the way as he tried to reach me.

“Don’t move,” he commanded, his voice low and threatening. For just a moment, I wondered if he was here to kill me instead of save me. As he approached and looked around the car, I noticed his face was ruthless, evil. I swallowed hard around the lump in my throat. It didn’t matter who he was, as long as he got me out of here.

“Do you have anything to break the window?” he shouted.

Break the window? I searched around the car frantically, but everything was laying haphazardly after the tumble down the mountain. I had no clue if there was anything to help me.

“Do you have a window punch?” he asked, his eyes boring into mine.

“It would be under the driver’s seat,” he said calmly. “I need you to check.”

Nodding, I brushed my hair out of my face, only to come away with a sticky hand. I stared down at the red that coated my hand, watching my fingers shake in terror.

“Lady, you need to get moving!”

I nodded, but before I could move, the car shifted backward, dropping down the mountain a good ten feet before hitting another tree. I screamed, grasping onto anything I could. When the car stopped moving again, I closed my eyes and fought the nausea swirling in my stomach.

The man was outside the car again, this time with a gun in his hand. My breath seized in my chest as I stared down the gun. Oh God, he really was going to kill me.

“Calm down,” he said, lowering his gun slightly. He looked through the window, and then back at the car. “I’m going to shoot out the window, but this car isn’t going to hold. Once the window’s broken, I need you to climb out right away. Okay?”

I nodded, but it all felt robotic. All I could focus on was that damn gun.

I did as he asked, but inside, I was shaking. I heard the crack of the gun and my head jerked up as I heard more glass breaking. He was using the gun to break out the rest of the glass.

“Move!” he shouted, kicking me into high gear. I scrambled to the other side, but as I climbed across the seat, the car shifted again. I reached out my hand, barely grasping his as the car slid even further. “Give me your other hand,” he shouted. I thrust out my hand, but my body went airborne just as the car broke free from where the tree was holding it. My eyes connected with his just as I lost my grip on his hand. 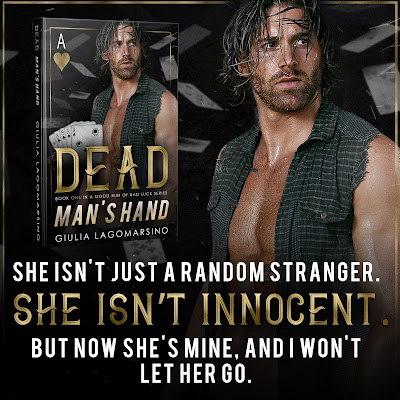 Posted by My Book Filled Life at 8:15 AM