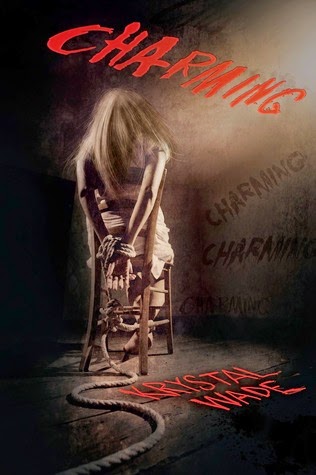 Synopsis:
They say what doesn’t kill you makes you stronger, and that’s great . . . as long as you don’t die.

Sixteen-year-old Haley Tremaine had it all: top-notch school, fantastic family, and a bright future, but all of that changed when an accident tore her family apart. Now, an alcoholic father, a bitter younger sister, and a cold headstone bearing her mother’s name are all she has left.

Chris Charming has it all: a powerful CEO for a father, a prestigious school, and a fortune at his fingertips, but none of that matters when he lands a reputation as a troublemaker. Struggling to follow in his father’s footsteps, he reaches out to the one person he believes truly sees him, the one person he wants: Haley.

Little do they know someone’s determined to bring the two together, even if it means murder. 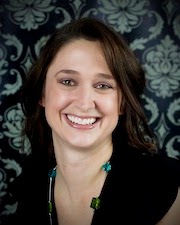 AUTHOR BIO
Krystal Wade is happily married to the love of her life (don’t gag) and raising three beautiful children in the gorgeous state of Virginia. They live just outside Washington, D.C., and every day she wakes up to find herself stuck in traffic trying to get there.

The horrid commute gives Krystal plenty of time to zone out and think about her characters in full, brilliant details (she’s a safe driver; don’t worry). Stories give her a way to forget about the sometimes smelly strangers sitting next to her on the fifty mile trek into town (she picks up hitchhikers every day. True story. Check out www.slug-lines.com if you don’t believe us).

Krystal has been a part of organized hitchhiking for nearly fifteen years, but that’s just one small aspect of her oh-so-large life. When she’s not working, commuting, or chasing after her three children (four if you count the man), you can usually find Krystal outside talking to her chickens like they’re the cutest things in the world (they are), or training her amazing dogs how to herd said chickens (which they love), or curled up on the sofa with a good book (why can’t that be 100% of the time?).

REVIEW:
I was pleasantly surprised with this book, I've never read anything by Ms. Wade prior to this story, but I'm impressed with her writing.

I will say that, for me, the story dragged somewhat in the beginning; I found that it moved a bit slow, but I was still able to feel some of the emotions that Haley was experiencing when it came to the interactions she had to endure with her father. And her sister ain't much better, but I was surprised by what her sister did regarding the party held by the Charmings. Or did she? Hmmm, the only way to know for sure is to read the book :)

The story really started to get intense after the party, when Haley received a most unusual, perhaps grotesque gift from a matchmaker who was probably Jigsaw's apprentice. After this first incident, the story really takes off and you're in for a wild, intense ride. I liked the chemistry between Haley and Chris, I thought they were cute together; Haley's ex, Niles, I thought he was just all-around creepy.

A good read, if you like to have a childhood classic story retold with a good dose of John Saul and Dean Koontz type villain mixed in.
RATING

Book provided in exchange for honest review.
a Rafflecopter giveaway
Posted by My Book Filled Life at 9:07 AM