Deceit requires punishment.
But what happens when the mark is innocent?

Killian “Dagger” Bedivere
My latest assignment has evolved into a game of deciphering whom to trust—the renowned politician who hired the Cavalieri Della Morte, or the runaway bride?

She’s gorgeous, conniving, and everything I crave in a woman.

Rule number one: Never fall for the mark.

Amara “Scarlet” Rose
I never wanted this world, but the decision wasn’t mine to make. I always belonged to him. Now there’s a new player on the board—one hell-bent on destroying all my plans.

He’s lethal, handsome, and everything I should fear.

Rule number one: Don’t trust anyone.

Rule number two: Do everything you can to survive, even if it means breaking rule number one.

And rule number three: When in doubt, kill.

*This novel is a stand-alone romantic suspense featuring an assassin
from the Cavalieri Della Morte world.

First, I have to say that I'm loving this series because I've gotten to read a few new to me authors, and Lexi C. Foss has just gained another new fan! I checked out some of her other titles and I'm guessing she's primarily a paranormal author, and if this is her first time writing outside of that genre, I'd say she brought her A-game with this romantic suspense. The writing was sharp and crisp, descriptive without being overly wordy. Both Dagger and Scarlet are written in a such a way it's easy to see them in your mind's eye; it was just dark enough to keep me on the edge of my seat, but not so dark that I felt I had to skim past some of the stuff I can't handle reading lol. Plenty of twists and turns, the sexual chemistry between Dagger and Scarlet is eleventy-seven kinds of HOT! Ms. Foss has given us another fantastic installment featuring the assassins of the Cavalieri Della Morte and I'm looking forward to reading more of her work in the future. 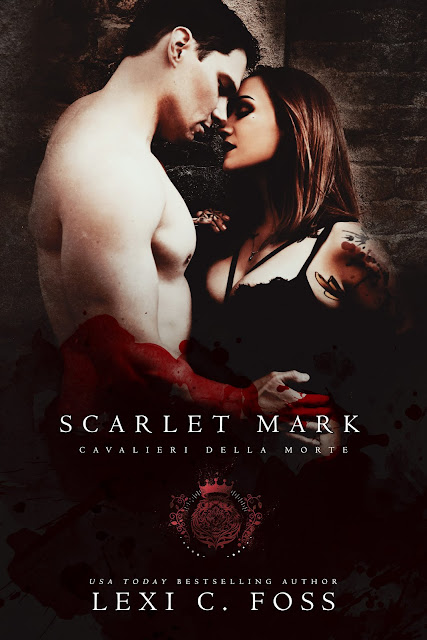 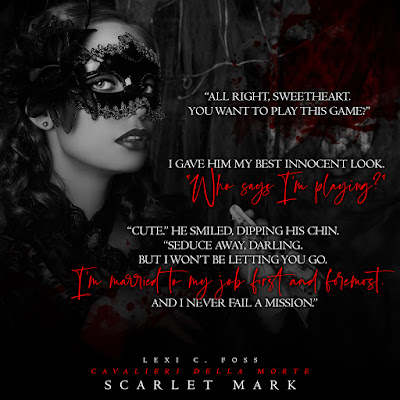 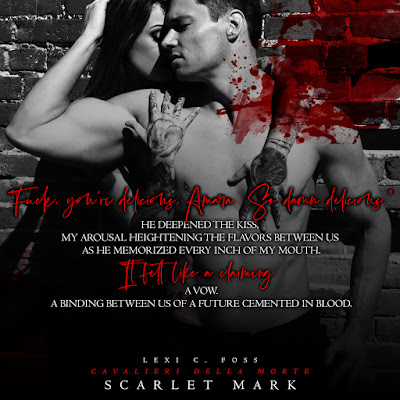 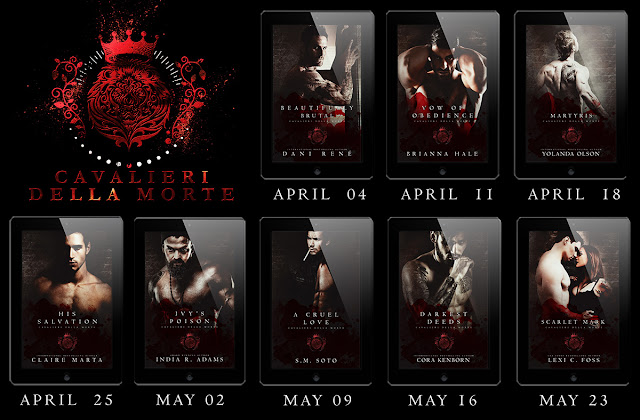 USA Today Bestselling Author Lexi C. Foss is a writer lost in the IT world. She lives in Atlanta, Georgia with her husband and their furry children. When not writing, she’s busy crossing items off her travel bucket list. Many of the places she’s visited can be seen in her writing, including the mythical world of Hydria which is based on Hydra in the Greek islands. She’s quirky, consumes way too much coffee, and loves to swim.