RELEASE BLITZ & REVIEW - While She Sleeps by Dani René 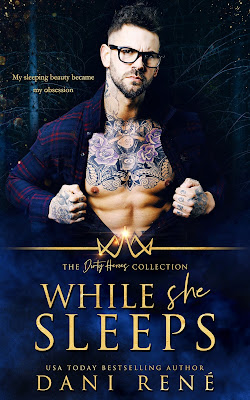 She believes in fairytales and awaits her prince.
But I arrive at her doorstep and I’m far from royalty.

The shiver down my back tells me he’s there. As if he were touching me.
Cold, angry, aloof—he’s everything I don’t need. But I can’t turn off my attraction when he’s near.
My sleeping beauty doesn’t realize just how dangerous I am.
She trusts so easily, smiles so beautifully. And while she sleeps, I watch.
With each passing night, I become more addicted.
Until I’m a man obsessed.

I feel his gaze on me, watching while I sleep.
He pushes me away in the light, but in the dark, he comes to me like a moth to a flame.
I crave it. He doesn’t know just how broken I am.

I believed she was the light to my darkness.
But it turns out my sleeping beauty likes to dive into the shadows alongside me.
She’s mine, but that decision could kill us both.

What an interesting take on the Sleeping Beauty fairy tale! The interactions between Logan and Vera start out in an interesting way, but it makes sense given what their proclivities, and it only gets kicked up several notches once things move from an online forum to them being together in real (you know, fictional real). I probably should have been weirded out by Logan's form of watching out for Vera, but again, it makes sense given his nature and it's how he feels especially when it comes to her.

Surprisingly, this is a somewhat slow-burn romance and it did take Logan some time to come to grips and finally accept that he's not the monster he believed himself to be for so long. And there were times I felt Vera was more mature when it came to their unconventional relationship.

There were a few events that occurred in the book that were never really explained: did Logan know more about Vera than we were led to believe? And what was with his dad and the whole cabin scene? Despite that, I still found this to be an interesting and engaging story. 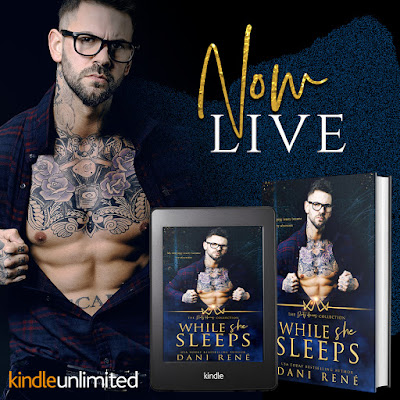 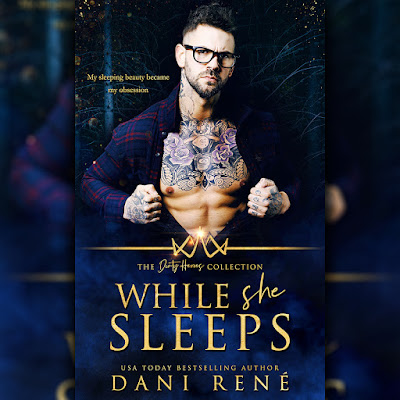 Posted by My Book Filled Life at 2:46 PM