Arissa Haywood, editor of the popular Southern Charm magazine, is looking to get out of the rat race of Charleston so moves to the quirky town of Summerville. When a move-in disaster brings the sexy sheriff Hank Weathers to her door, she knows she’s made the right move.

Hank Weathers can’t deny the attraction to the beauty who just moved into his quiet town, but he’s been there before…a city girl trying to live in the country. He’s not going down that road again, but the attraction is too hard for them to ignore.

They jump feet first into a whirlwind romance. As the intensity of their relationship grows, Arissa begins to find discrepancies about Hank. Without his knowledge, she starts digging deeper into his past, aided by the Summerville Belles, the rowdy and provocative southern ladies who know everything about everyone in town.

When Arissa uncovers a shocking skeleton in the Weathers’ closet, she quickly learns that some secrets are best left hidden.

I've read a few books by each other written on their own, but this was my first time reading one of their collaborations and I am here for this writing duo! As I read an advance copy, the scene transitions weren't delineated and it got a bit confusing sometimes trying to figure out that I jumped into a new scene, but that's my only takeaway from the story.
I love the chemistry between Hank and Arissa, and even more so, the fact that they don't try and deny there's some kind of connection between them (sometimes the cat and mouse between the main characters can be draining and annoying). Sure things might seem to move quickly between them, but when you know, you know and why waste time trying to live according to what society deems a respectable amount of time courting?
Of course it won't all be smooth sailing for Arissa and Hank, especially when there's a story about his ex that could possibly derail a potential HEA for these two. That's not the only layer to this story, but the residents we meet in this town are a freakin' hoot, especially the Belles, along with Sal and Elmer (Summerville's version of Statler and Waldorf). I'll admit I wasn't a fan of Hank's mom though, her behavior was.....creepy in a way.
This is a fantastic story, well written and descriptive without being overly wordy on inane details; it's got it's comedic parts, and the sexy times are plenty hot but they don't make up the majority of the story, and it has just the right amount of suspense to keep the story moving forward and make sure the reader wants to know what happened with Hank's ex (at least I was invested in finding out what happened). 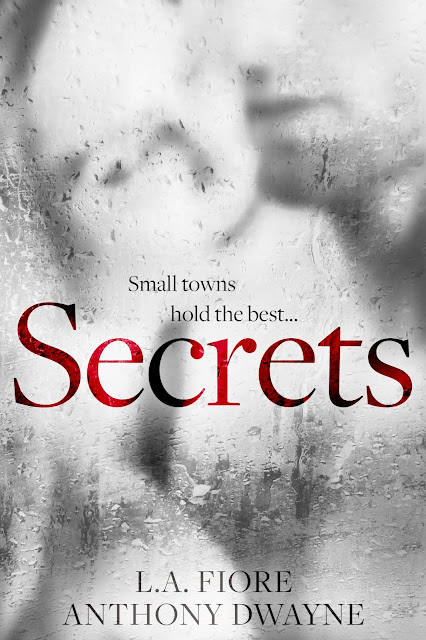 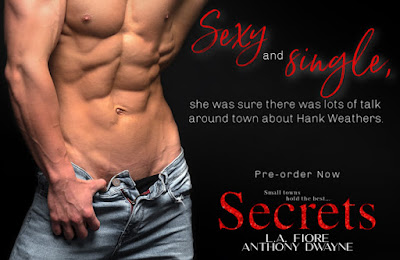 LA Fiore is a hybrid author who believes in a happily ever after, but she likes to make her readers work for it. When she's not writing she can usually be found in the garden or hanging on the deck with her family and friends. She lives in Bucks County, Pennsylvania with her husband and two kids and their four fur babies.

Anthony started writing years ago as a hobby, but it quickly turned into a passion. He first began publishing under the name, Kane Caldwell, but has since changed the name he will continue publishing under. He is the epitome of a country boy with jeans, t-shirt, hat (No, not a cowboy hat. Lol), scruffy face, and work boots on, driving his truck and definitely not a guy you'd picture writing romance. Anthony works in the construction business where he runs his own crew. He has two awesome boys, and an amazing woman that keeps him on the edge. Anthony resides in the south where the weather is warm but most times sweltering hot. During down time, he loves to be surrounded by family, friends, great food, or engrossed in a good book. And of course, putting his imagination to work, where reality and fantasy collide. 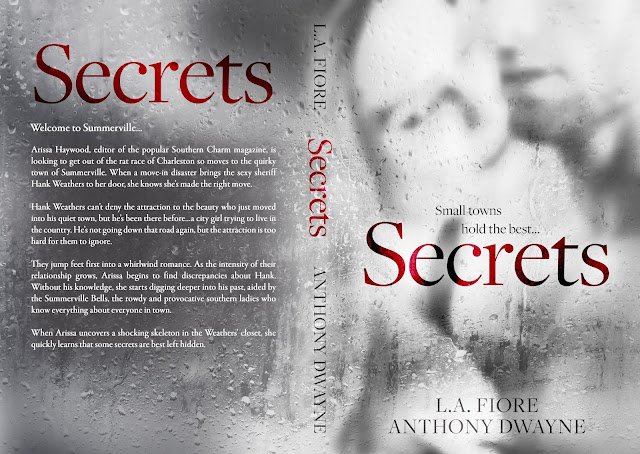 Posted by My Book Filled Life at 6:51 PM