The next 2 titles in the RAY series by E.L. Todd are now LIVE! 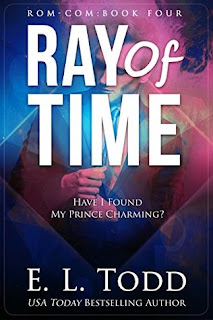 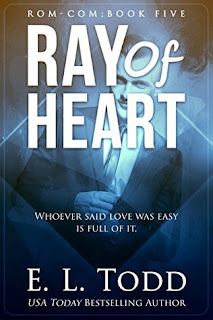 Zeke and I are finally together.

Going from best friends to lovers is surprisingly easier than I thought it would be. We do everything together, and of course, the sex is fabulous.

Everything is great until Ryker shows up. He says he needs to talk to me and I think I know what it's regarding. If my suspicion is right, he's in for rejection.

Because he missed his chance a long time ago.

Bestselling author, E. L. Todd, was raised in sunny California where she still lives today, claiming it’s the best place in the country. Easily hypothermic and hateful of the cold, she prefers to be warm all year round. She attended California State University, Stanislaus and received her bachelor’s degree in biological sciences, but still pursued her dream to be a writer. She’s written several novels and many series’, and her imagination can’t seem to stop. She tries to find the good in people and she exploits that in her writing, proving that people can make mistakes and rise above their past. Her hobbies include sunbathing, swimming, eating at Surf Taco in San Diego, reading, and learning everything she can about hippopotamuses’, her favorite creature. Her greatest dream is to make people forget about the harshness of reality and dive into a good story with lovable people. When fans tell her they love her work, it gives her the greatest sense of accomplishment.