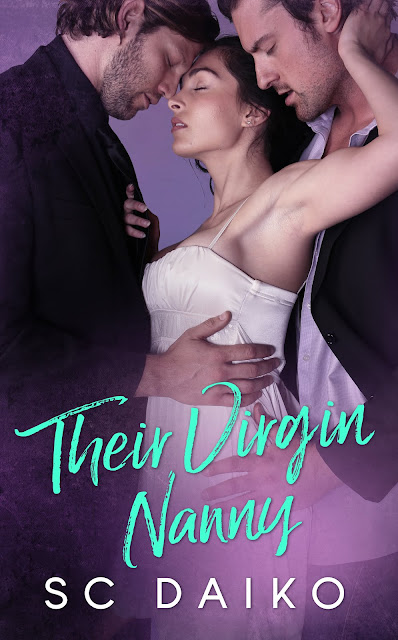 Working as a nanny in an exclusive London borough for two bisexual alphas is my dream job.
Except Gabe and Luke are so damn hot they’re making me think dirty thoughts.
I can’t have them, though… it would be totally outta line.
And they couldn’t possibly be interested in a twenty-two-year-old virgin like me.
I should give my V card to someone else, right?

Sweet, innocent Eleri doesn’t realize how cute she is.
Like a breath of fresh air, a ray of sunshine, and every other cliché you can think of.
She’s also sexy as f*ck, tempting as sin, and trouble with a big T.
We wanna take her, break her and make her ours.
We know it’s wrong, she’s our kids’ nanny, but it feels so freaking right.
It’s not like we’re gonna fall for her… not like she’s gonna fall for us either.
Just a bit of fun… nothing more, nothing less.
Until it isn’t…

I TURN OFF Kensington High Street up a side road, and soon I’m standing in front of their tall, narrow house, part of a terrace of similar properties. I walk up the steps and press the bell, my heart thumping.

The door swings open and standing there is an Adonis. His green eyes twinkle as he smiles, and there are actually dimples, dimples! at the corners of his mouth. He’s wearing tight black jeans, a white shirt, and a loose black jacket. I stare at him, and a stupid blush makes my cheeks hot.

“Eleri, I presume?” he asks in a deep voice.

“Please, it’s El air i. You stress the ‘air’ when pronouncing.” And I find myself blushing again.

He laughs, an infectious laugh, and I laugh with him to hide my embarrassment. “Gotta love Welsh names,” he says, showing me into the hallway. “And the cute accent. I’m Luke Addison, by the way. Just call me by my first name.”

If my cheeks were warm before, they’re burning up now. God, I’m such a dork. Just because a man says something nice to me shouldn’t make me go so red.

I follow him across the black-and-white tiled hallway, through an open door into a sitting room which looks like it should be in one of those glossy home decor magazines. There are plush white sofas set in an L-shape in front of the fireplace. White walls, red curtains and carpets, and a black coffee table.

A stern-looking man gets to his feet from where he’s been sitting on one of the sofas. He’s taller than Luke by a couple of inches, and just as good-looking.

“I’m Gabe,” stern-looking man says in a gruff tone. His dark-blue eyes bore into mine and it’s as if they wanna gobble me up for dinner.

“Eleri,” I say in a shaky voice, holding out my hand. “Pleased to meet you.” He’s a viscount, an aristocrat, should I curtsey? Nah, I tell myself. Don’t be silly!

His grasp is firm and warm, but his eyes continue to eat mine; they’re incredibly deep, like the ocean, fringed with to-die-for thick black lashes. He’s wearing what look like designer blue-jeans, a crisp pale viola cotton shirt and a similar black jacket to Luke’s. “Take a seat, Eleri,” he indicates towards the sofa. “Tell us what made you decide to become a nanny.”

I perch on the edge of the couch facing the fireplace, and give my spiel about loving kids and enjoying the early childhood degree I studied at uni. Luke, sitting on the same sofa as me, his long legs stretched out in from of him, is listening intently.

“Why London?” he asks, straight to the point. “I mean, it must be quite a change from Wales.”

“I love the energy of this city,” I gush. “Don’t get me wrong. I’m Welsh through and through, only I wanted to try something different.” I keep to myself the fact that London wages are much higher than what I could earn back home. I don’t wanna come across as money-grabbing.

Gabe pushes himself to his feet, and I can’t help noticing how powerful his body is. “We’ve arranged for you to spend a couple of hours with Abi and the boys. We trust her opinion implicitly as far as our sons are concerned. She’ll report back to us after you’ve left, and we’ll email you when we’ve reached our decision.”

The agency already told me this would be part of my interview, so I’m not surprised. I have a lot of questions, and it will be easier to ask them of Abi.

She must have been waiting in the adjoining room as she appears almost as soon as Gabe goes to fetch her. Her smile is wide and welcoming, and I return the gesture. Within minutes, she’s taken me up to the boys’ rooms… a bedroom, bathroom and playroom on the fourth floor. “We can chat while they mess about with their toys,” she says in a northern accent. “Then I’ll show you my bed-sit at the top of the house.”

TWO HOURS LATER, I’m on my way back to Notting Hill. The boys were amazing, and I think they liked me. I loved Abi’s accommodation in the loft; the bedroom is twice the size of my present one and the adjoining bathroom luxurious. Even the cat was perfect; he’d sat on my lap, purring, and had let me stroke him while Abi answered all my questions, telling me about her circle of nanny friends… who can’t wait to meet me and arrange playdates with Matty and Jack. But when I asked about their surrogate mother, it was like a shutter had come down over her friendly expression. “Sharon is weird. I can’t quite put my finger on it, except to say there’s something not quite right about her. You judge for yourself, though. Maybe it’s just me.”

I agreed to reserve judgment. I couldn’t help a shiver pass up my spine, and there was a brief heaviness in the atmosphere that felt ominous… at least until Abi changed the subject and started telling me about Gabe and Luke.

“They’re lovely guys,” she said. “The bee’s knees.” Then she dropped a bombshell that left me open-mouthed. “Although they’re totally committed to each other, they swing both ways,” she’d giggled. “One night, I went downstairs to fetch something I’d left in the kitchen, and you can imagine my surprise when I saw there was a woman with them and they were kissing her… both of them.”

The penny dropped and my hand flew to my breast. “Oh. My. God! They’re bi-sexual?!”

“Apparently. I’m only glad they didn’t see me as I wouldn’t have known what to say.”

I’d licked my dry lips, and she must have caught my startled look. “Don’t worry. It doesn’t happen that often, as far as I’m aware. After all, I’ve been with them three years and only saw the once. They’re really discreet about it.” 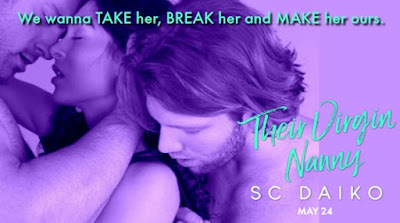 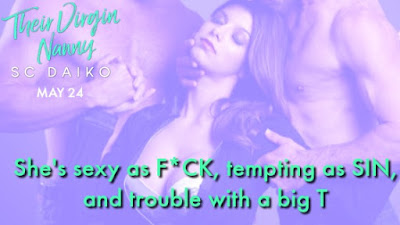 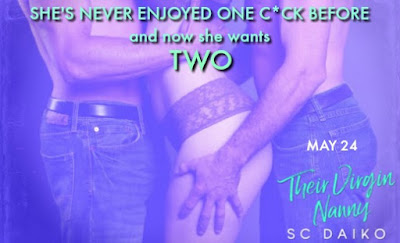 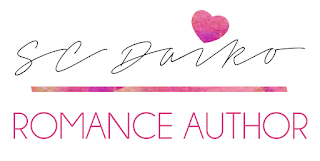 SC Daiko is a romance junkie who loves writing about strong heroines and hot alpha males. Her stories are sexy and emotional reads. Originally from the UK, she now lives in Italy with her husband and two cats. Nothing makes her happier than connecting with readers and fellow authors. 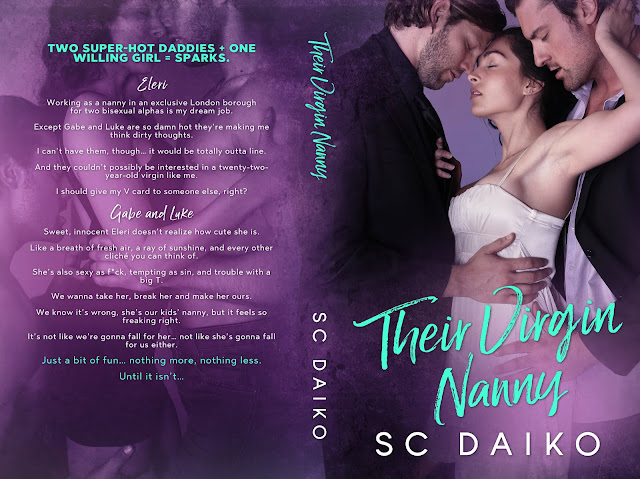