🔥🔥 NEW RELEASE 🔥🔥
The Sinner by Kelsey Clayton is LIVE and FREE in KU!

"This DEVASTATINGLY BEAUTIFUL book was a storm that I never saw coming, but one that wrecked my heart and soul in the most wonderful of ways." ~Karen, Bookalicious Babes Blog 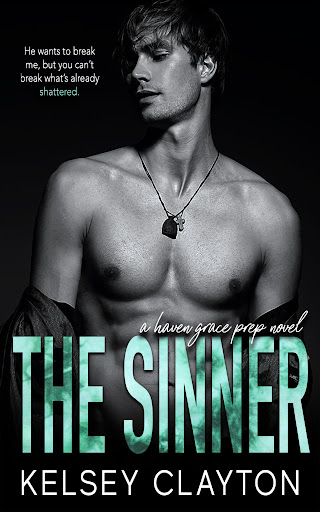 When I was a kid, my best friend betrayed me in the worst way possible, ripping my family to shreds in the aftermath. She ruined my life in one fell swoop, and didn’t even have the heart to warn me.

Now, nearly a decade later, I’m back in the town I grew up in, determined to make her pay.

They say revenge is a dangerous game, but I’ve never been one to play it safe. There is nothing I’ll love more than to find her weakness and use it to destroy her. The lie she told all those years ago will be her undoing.

Savannah Montgomery may be queen of the rich and entitled, but she’s about to meet her match.

This was my first Kelsey Clayton read and lemme tell you, this had me hooked right from the start! This is one engaging friends-to-enemies that I couldn't put down once I started. From the blurb, I couldn't wait to find out what happened that caused all the drama and breakdown of the friendship between Savannah and Grayson, and what his revenge plans were. It's obvious there's plenty of chemistry between them, and I loved that Savannah never gave up on Grayson, even with his machinations against her, and I couldn't wait to see how things would play out for them once secrets came to light. 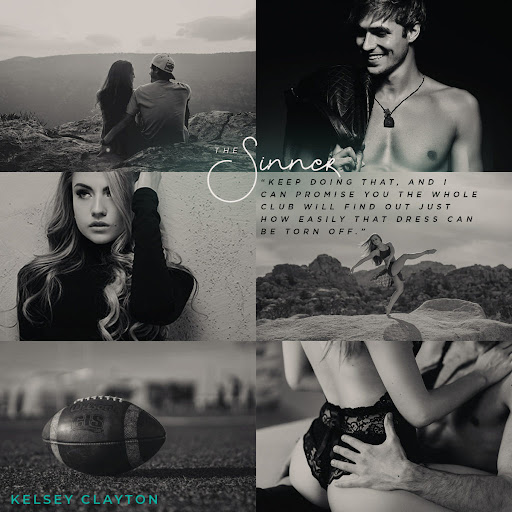 “You know, you might be lacking in male genitalia, but the guys’ bathroom is across the hall.”

He narrows his eyes on me, and I think I even see the corner of his mouth twitch—but that could be my mind playing tricks on me. “Funny, because the Savi I knew would turn bright red at the slightest mention of a dick.”

I cross my arms and lean back against the cool ceramic. “That girl is long gone.”

“So I’ve noticed.” He crosses the distance between us and reaches his hand out to brush the hair out of my face. “It’s a shame. She was my favorite.”

He’s so close that his scent overtakes my senses. The smell of smoke masked over by cologne, yet still him. I don’t dare to move as he brings his hand to the back of my neck and presses his forehead against mine. Even after all these years, he’s makes my whole body come alive. Every nerve ending concentrates on his touch. He remains still, his lips only millimeters from mine.

“Gray.” I whisper, but regret the nickname as soon as it comes out of my mouth.

He tenses instantly, and the energy in the room changes. His grip tightens as he pulls back, and the fire in his dark blue eyes sends fear straight through me.

My brows furrow. “What happened to you?”

The dark chuckle that comes from his mouth echoes around the small room. “Isn’t it obvious, Savannah?” My name is like poison on his tongue. “You happened to me. There isn’t a single thing in my life that you haven’t ruined. Broken everything that ever meant anything to me. Now, I won’t stop until I break you.”

The author is giving away a $50 Amazon GC to celebrate her cover reveal.
Stop by her FB page to enter: https://www.facebook.com/KelsClayton

Kelsey Clayton is a 29-year-old mother of two from a small town in lower Delaware. Born and raised in New Jersey, she discovered her love for writing when she used it as a coping mechanism to get through hard times. Since then, she has been passionately writing novels that make people fall in love with the characters and the storylines. She writes from a mix of personal experiences and imagination. As an avid beach lover, her dream is to write an entire book with her feet in the sand.
Follow Kelsey! 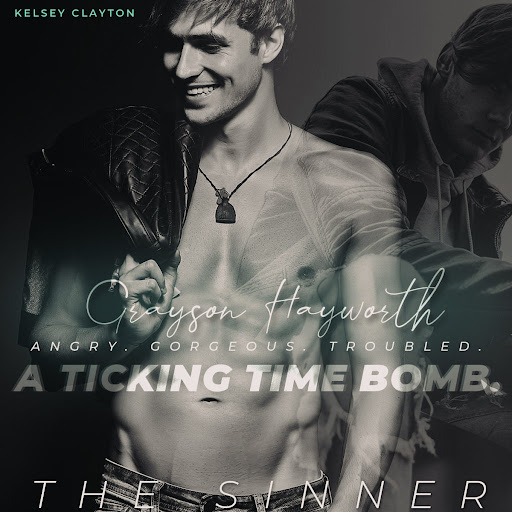