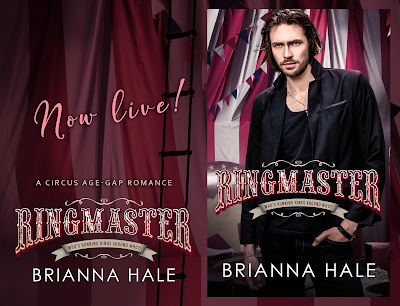 “I just love how Hale creates these slow burn, angsty stories and then hits you with the climax that leaves you not only hot and bothered, but wanting your own Cale, and your own traveling circus.” ~Goodreads Review (Dani)

“I. Loved. This. Book. A must read! A sexy slow burn written to keep you on the edge of your seat.” ~Goodreads Review (Amanda S.) 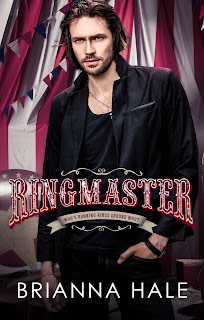 Cale has the circus in his blood. As ringmaster and owner of Meriful’s Traveling Circus, his world is the arena, the spectacle and the heat of the spotlight. He looks out for his ragtag troupe of performers as if they’re his family, because after tragedy struck, they are.

Ryah’s been battered and bruised by life and is ready to give up. Then Cale finds her, and she runs away to join Meriful’s Traveling Circus and becomes the horseback acrobatics star she’s always dreamed of being.

What ultimately calls to her is Cale’s dangerous knife-throwing act, and the thrill of putting her life in his hands. Soon, she doesn’t want to be just part of his act. Cale’s doing his best to resist the fragile eighteen-year-old. He’s the ringmaster, but lately he’s been wondering…

Who’s running rings around who?

Oh man, talk about one heck of a slow-burn romance! This book had me hooked from the first page and I pretty much read it in one sitting. It's definitely an age-gap romance, but it's down so sweetly and organically you'll find yourself caught up in the story and then wonder what on earth is taking so long for Cale to get his head on straight lol.

Both Cale and Ryah have suffered in their respective pasts, Ryah more recently given her home life (or lack thereof), and luckily Cale was in the right place at the right time to help Ryah, setting them on an unconventional course of a potential HEA.

Although Cale left his family's home when he was 16, he still maintains a familial connection with the performers of the traveling circus, plus he frequently calls his parents and spends the Christmas holidays with them. It's plain to anyone with working eyeballs his feelings for Ryah, even though he's vigilant about remembering the age difference between them. Ryah, on the other hand, is young and definitely sheltered when it comes to the opposite sex, but there's something inexplicable that draws her towards Cale. She's guileless and sweet, but she does have a protective streak, especially when it comes to Cale.

With this being a slow burn romance, the sexy times don't happen until much later into the book, but seeing their relationship develop was the best part of the story; the sexy times were very much sexy, but this is definitely more romance based. 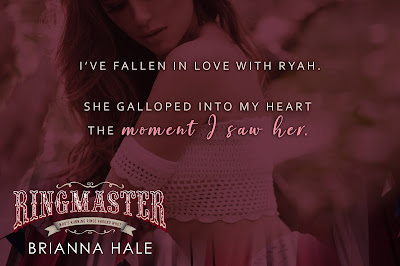 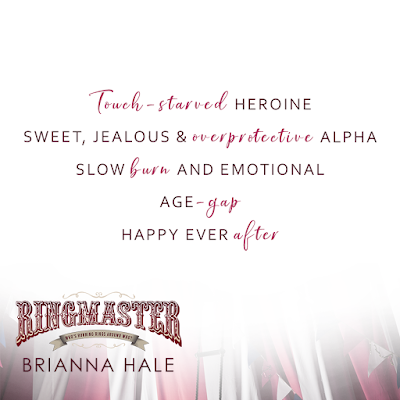 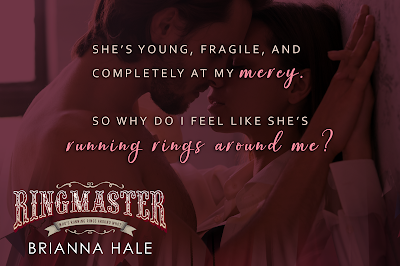 There’s nothing Brianna Hale likes more than a large, stern alpha male with a super-protective and caring streak, and when she’s not writing about them she can usually be found with a book, a cocktail, planning her next trip to a beautiful location or attending the theatre. She believes that pink and empowerment aren’t mutually exclusive, and everyday adventures are possible. Brianna lives in London.

Posted by My Book Filled Life at 9:26 PM