What happens when the stalker finds his prey?

Obsession, darkness, and madness unravels. All wrapped in intense passion.
He Hates Me Not, Book two of the highly anticipated conclusion of the Hate & Love
duet by Isabella Starling and Rina Kent is LIVE! 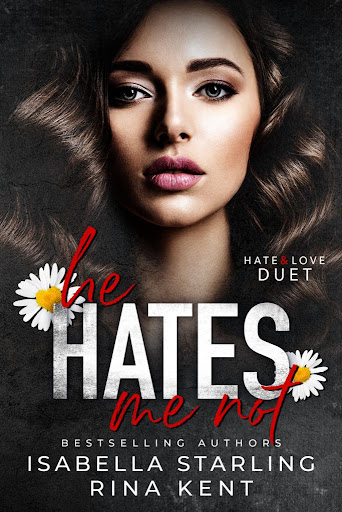 He Hates Me Not is the second part of a duet and is NOT standalone.

A satisfying conclusion for this duet that picked up right where the first book ended and the intensity of that cliffhanger carried over to the start of this book. Of course Georgie should be scared of Jasper, given the intensity of his obsession with her, but at the same time they seem to be kindred spirits with their for certain kinky things. The chemistry between them is all kinds of hot. There are still secrets that start to come to light that answer plenty of questions and I couldn't wait to see how things would play out for these two. 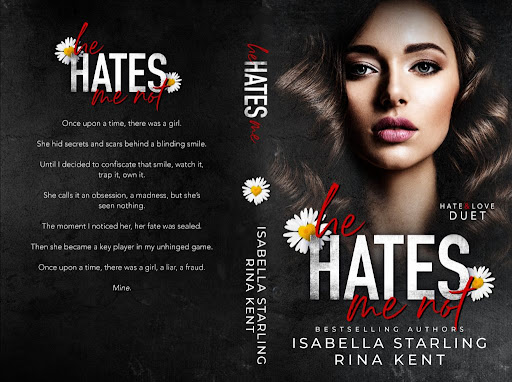 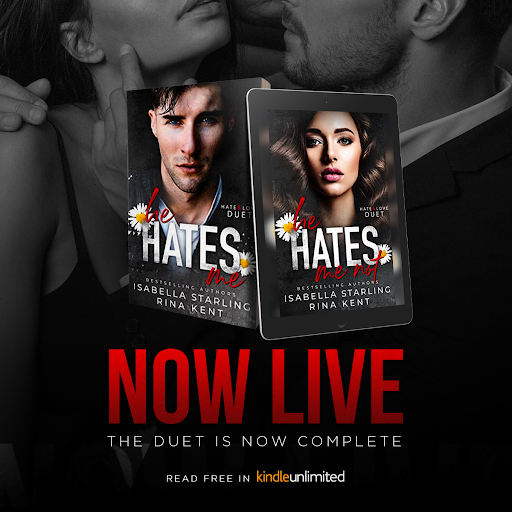 Dark, dirty and taboo is what Isabella Starling is known for.

An Amazon top 25 bestselling Author, Isabella has 10 books under her belt in under a year. She is a self-proclaimed Tumblr gif addict and always looking for her next forbidden story.

If you pick up a Starling book, you can count on a bad-mouthed, bossy man who will dominate his woman with a rough hand.

Rina Kent is an international bestselling author of everything enemies to lovers romance.

Darkness is her playground, suspense is her best friend, and twists are her brain’s food. However, she likes to think she’s a romantic at heart in some way, so don’t kill her hopes just yet.
Her heroes are anti-heroes and villains because she was always the weirdo who fell in love with the guys no one roots for. Her books are sprinkled with a touch of mystery, a healthy dose of angst, a pinch of violence, and lots of intense passion. Rina spends her private days in a peaceful town in North Africa daydreaming about the next plot idea or laughing like an evil mastermind when those ideas come together.

Don’t forget to Sign up to Rina Kent’s Newsletter for news about future releases and an exclusive gift.