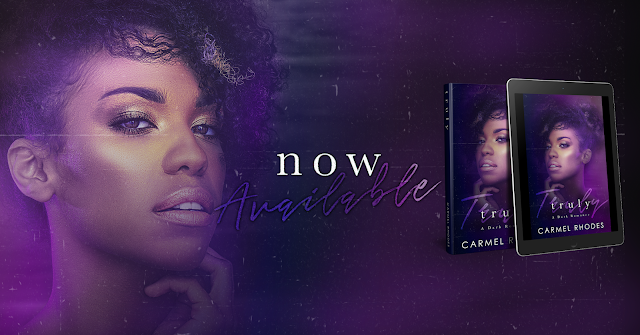 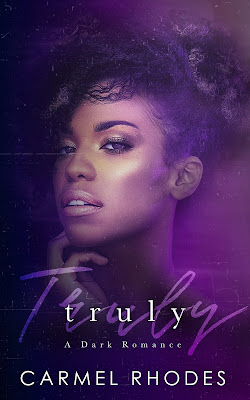 The summer after senior year was supposed to be the best summer of my life.

It was supposed to be full of adventure and self-discovery and making love under the stars.

It was supposed to be about losing myself and finding my way.

I wasn’t supposed to go to that party.

He wasn’t supposed to notice me.

The hot jock with the trust fund and chip on his shoulder.

Noah Tedesco is so far out of my league he might as well be playing a different game.

Noah wasn’t supposed to look twice at a girl like me, but he did.

Now that I’m on his radar, my life will never be the same.

Truly is a dark coming of age romance that explores themes of dub-con and non-con and happily ever after. Proceed with caution.

This was my first time reading Carmel Rhodes and after finishing, I'm wondering why I've never read her work before because I loved this story. I will say that this is billed as a dark romance, and with the exception of a scene close to the beginning of the book, it's not really dark; maybe more of a gray romance. But the result of what happened between Truly and Noah that night of the graduation party does set a particular tone whenever they interact with each other, which is far too often for Truly's peace of mind.
I loved Truly's character: she knows how to keep it real, and isn't afraid to speak her mind at times, but she's also a teenager who suffers from the "what others say about me does matter" syndrome, given that she's still the new girl in town, even though she's been in Newton for 3 years. She's got her ride-or-die best friend Becca and she had a boyfriend, Devin, who breaks her heart at their high school graduation. I thought the road trip to honor Truly's mother's memory was fantastic, although as a parent of two teenage daughters, not sure how I'd feel about letting my babies drive across county with no adult supervision (although they've got plenty of driving experience: driving me bonkers).
I couldn't blame Truly's feelings towards Becca right before they embark on the trip, given Becca's decision to invite her boyfriend at the last minute, and by proxy his best friend is along for the ride as well, other than her tormentor Noah. A good portion of the book is all about the events of their road trip, driving from Newton, Georgia to the Cali coast and back.
We see a big shift in the interactions between Truly and Noah; they still go at each other with disdain, but Truly begins to really get to know Noah and sees the softer side that he hides from the world. We do get to see Noah's mean streak make an appearance or two, and we finally learn the reason why. I'm not saying it excuses his behavior, but it does explain a lot about people never seeing beyond the surface.
I was wondering how things were going to play out for Noah and Truly once they got back to Newton, how would their relationship progress once back and grounded in reality. Unfortunately that's when the truth about what happened with Devin comes out and Noah's involvement. I gotta say, it wasn't cool what Noah did, but I can see why Devin made that particular decision; doesn't make it right, but I understand why he chose that. I thought Truly handled that bombshell well, especially when it came to dealing with Noah in the aftermath of learning the truth, and the parting shot of wisdom was the wakeup call he needed.
The epilogue was a great glimpse into the future for Truly and Noah, and even Devin to an extent, and I gotta say that I loved the subtle Carole Baskin reference towards the end of the book. The only thing I would have liked about this even more is if we'd gotten Noah's side of the story as well, so we can better understand the rage he feels during certain interactions with his family. Plus I would have liked to see him go through the changes needed in order to be the guy that deserves Truly. 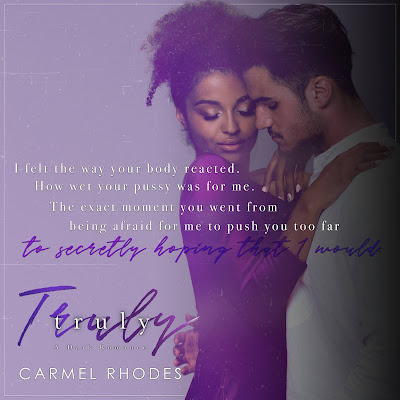 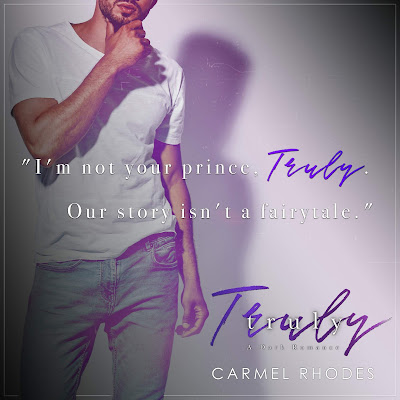 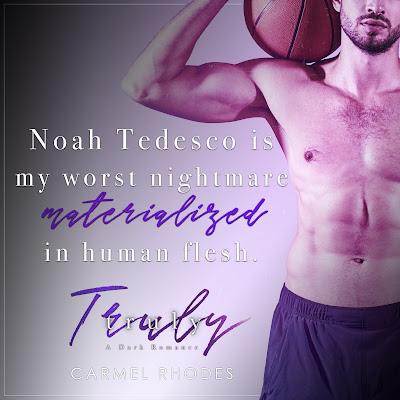 Writer of words. Mother of Joy. Wife of Compassion. I like to write stories about real people who go through real struggles, and come out the other side stronger. I also like to write smut. Welcome to my brain. It’s a little screwed up, but always well intended.

Posted by My Book Filled Life at 3:39 PM