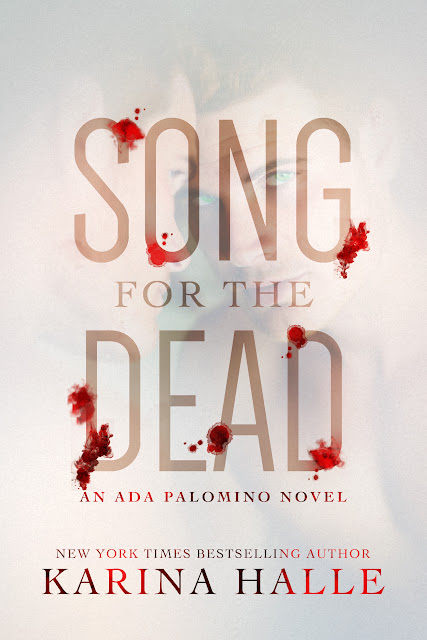 Whoever said love is a battlefield, never had to fight demons at the same time

Song for the Dead by Karina Halle is now live!

My name is Ada Palomino.
By day, I'm studying my ass off at design school in Portland, Oregon.
By night, I'm slaying demons and ghosts who have dared to slip through the Veil.
Or at least, that's what I should be doing.
The problem is Jay, who also happened to be my immortal guardian and now ex-boyfriend, was banished from being with me.
And now my new trainer is a previously dead friend of mine that I helped bring back to life.
With both of us nursing broken hearts, we embark on a road trip to New Orleans to help him win back his long lost love.
As if that's not tricky enough, we're also being hunted by a demon with a grudge, and I'm not sure if all the training in the world is going to help me.
One things for sure, the more complicated our relationship gets, the scarier things become.
Whoever said love is a battlefield, never had to fight demons at the same time. 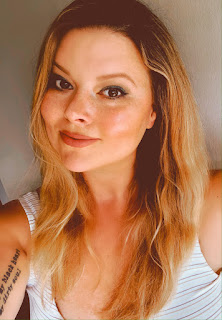 Karina Halle is a former travel writer, music journalist & screenwriter, and The New York Times, Wall Street Journal & USA Today Bestselling author of over 55 bestselling novels, ranging from horror and suspense to contemporary romance. She lives on an island off the coast of British Columbia with her husband, and her adopted pitbull Bruce, where she drinks a lot of wine, hikes a lot of trails and devours a lot of books.

Halle is represented by the Root Literary Agency and is both self-published and published by Simon & Schuster, Hachette & Montlake. Her work has been translated and published in 20 languages.

Hit her up on Instagram at @authorHalle, on Twitter at @MetalBlonde and on Facebook. You can also visit www.authorkarinahalle.com and sign up for the newsletter for news, excerpts, previews, private book signing sales and more.