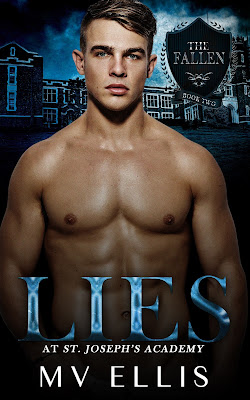 The Fallen
Fierce. Feared. Always revered.
Five guys on a mission to tear me to the ground.
Three guys I can’t escape—they make my heart pound.
I’m a moth to a flame of their white-hot fire.
But they’re divided by secrets, lies, and raging desire.
Our paths are crossed. Our fate is sealed.
Our gaping wounds are yet to be healed.
Even as they try to break me, I won’t give in.
So in the end, will the truth come out, or will lies win?

This picks up right where the first book ends, and while I'm not a fan of reverse harem stories, I find myself anticipating the next book after getting to the end of this one. Blake is still trying to discover what happened to her mother, she's not accepted by the students at school except for her roommate, there's plenty of chemistry between her, Thunder, Tyce and Zeph; Zeph is the very picture of hot and cold when it comes to Blake, although he's got his own issues he's trying to resolve. 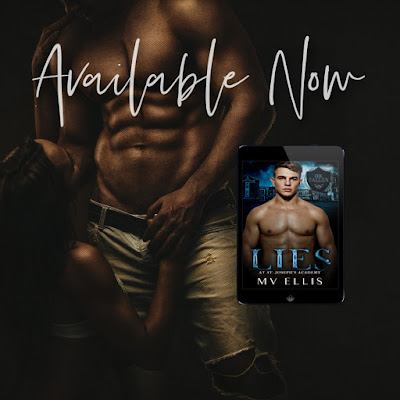 "This book is such a page-turner and will leave you wanting more. "
"5-glowing stars" - Early Review
"Whilst this may be a steamy reverse harem, it’s about deception, suspense and deals made with the devil...holy mother of god...it left us on our knees praying for more pages in the book." - Early Review
"This reverse harem story is hot and steamy and has several underlying mysteries that somehow all seem to snake together. Bits and pieces are told throughout each book that leave you slack-jawed and wondering what in the hell happened?" - Early Review 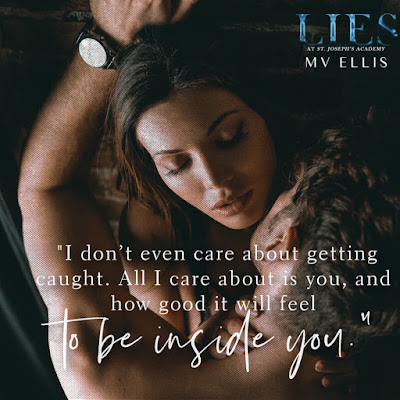 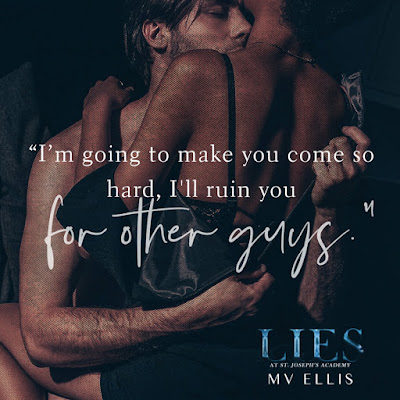 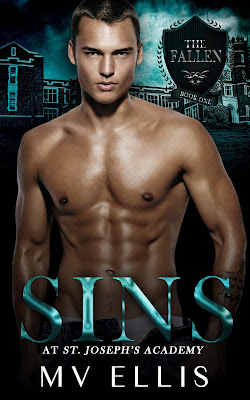 MV ELLIS knows what it’s like to fall head over heels in love with a badass musician. She followed her heart halfway around the world to be with one. She moved from London to Sydney after a steamy holiday romance with a sexy bass player in sultry Brazil.

Twelve years, two children and a dog later, and she’s still smitten. All this with a guy she sat next to on a bus for 36 hours! She has toured internationally as a ‘WAG’, and her experiences inspire her writing.

Ellis’ love of romance began when she was 11 years old, after a summer spent secretly reading her auntie’s books. She’s been a sucker for an alpha hero and strong heroine ever since.

An avid reader, Ellis always knew that she’d write a book of her own one day. She was right about that. Following a career spanning advertising, marketing, and social media, she finally wrote Catching London in 2017. She has continued to expand the Heartless Few series beyond Catching London, with releases planned through to 2020. In addition, she has launched a new four-part series, Rough Ink series, set in the sexy world of a New York tattoo studio. Expect the same sexy badass guys, angst galore, witty banter, scorching bedroom scenes, and kickass sassy women; but with a whole new world, and cast of characters to get to know and love. Zed, the first book in the series launched in June 2019. 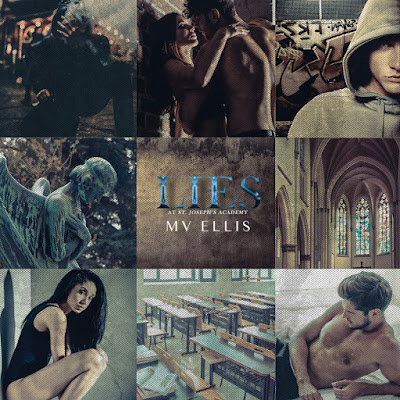